About Us » About Pleasant View

SCHOOL HISTORY
Baldwin Park began as part of cattle grazing land belonging to the San Gabriel Mission. In 1878, a group of families settled on the land which is now part of Baldwin Park. A man named Austin Brown built the first house, which is believed to still be standing today. The house has been called by some the old Nobbia Place. It can be seen across the street from Little John’s Dairy. The first families to this area called their land Pleasant View, which, at the time, was appropriate considering the excellent view of the mountains, hills and the valley. By 1906, Vineland changed to Baldwin Park. It was named after Elias J. "Lucky" Baldwin. In 1956, Baldwin Park became the 47th incorporated city in the State of California.
In 1957, Pleasant View Elementary school opened and is still located on 14900 E. Nubia St, Baldwin Park, CA 91706. 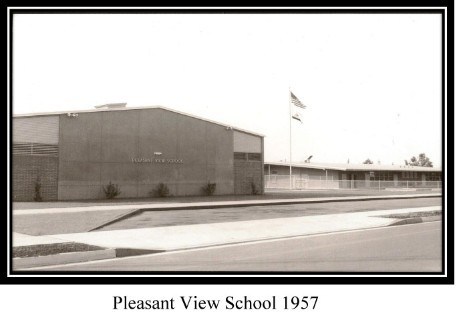 SCHOOL MISSION
The mission of the Pleasant View Community is to ensure that ALL students learn through rigorous instruction to build character and to develop life-long learners and independent thinkers in order to produce productive members of society.
SCHOOL VISION
The Pleasant View Community believes in a rigorous education for all students and is committed to providing each student with a solid foundation for success in Middle School, High School and College.
STUDENT PLEDGE
As a 21st Century Learner, I pledge to be a critical thinker and problem solver, communicate effectively, collaborate, and be creative, in order to succeed academically and be college and career ready!
PLEASANT VIEW ACCOUNTABILITY REPORT
COLLEGE CHANT